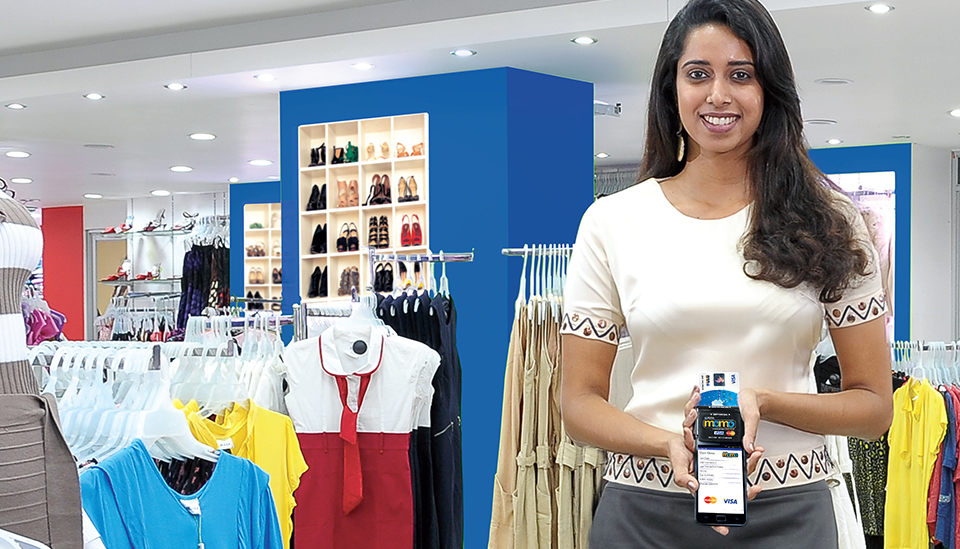 Hatton National Bank; one of the premiere banks in Sri Lanka wanted to launch the country’s first ever mobile POS system and to build the awareness around the ground-breaking solution. The campaign had to be formulated and executed within 3 weeks focusing on TV, radio, press and all three languages. I art directed the English launch press campaign as well as assisted in ideating and executing the Television commercials

Going inline with the campaign tagline of the campaign – “More Money, More Business”, I designed the layout in a way entire press ad is divided in to 3 spreads where a small scale entrepreneur’s journey from humble beginnings to successful business owner is achieved with the help of mobile POS solution portrayed stage by stage on each spread. Mockups were designed through stock imagery and on client approval went on to production with on-set photography and live model. Based on the press idea, a single frame television commercial was also conceptualized and executed. This was one of three commercials that has produced for the campaign.